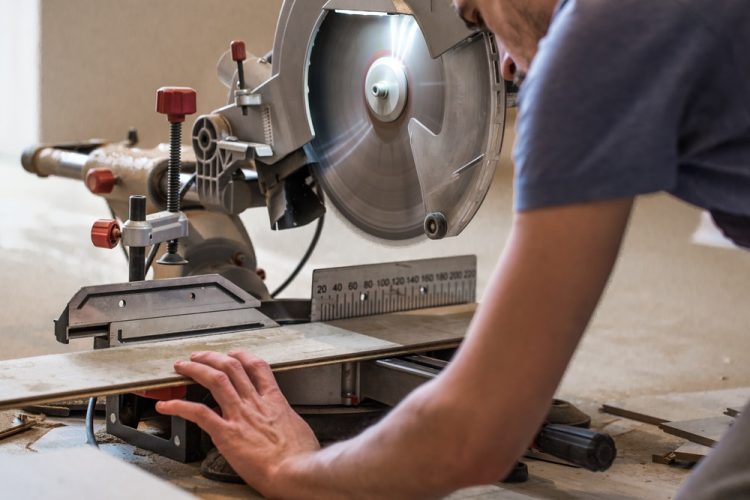 Are you thinking of buying a miter saw or are trying to improve your workmanship skills? If yes, this article is for you.

A miter saw is one of the most valuable items that you can have in your workshop. But, if you don’t know how to handle and work with it, it’s useless.

Go through the whole article to find out more about miter saws and angle cuts.

What Angles Can a Miter Saw Cut?

These types of saws can perform different angles with great precision. Most miter saws usually cut from 90° and can also take it to 30°. The first thing you need to understand is the angle meter on the saw.

In the center of the meter, the angle will be 0°, and it will start increasing as you move it to the sides. It will stop at the 50° angle on the left and 60° angle on the right side because that is the extent of it on most miter saws. However, some saws offer a wider range as well. These can prove tricky and lead to mistakes.

To make an angle of 22.5° or lesser manually, add a jig or another thing that can be used as a digital protractor. Mark a line on that, and simply cut it with the saw.

How to Figure Out Angles for Cutting Wood?

Miter saws are usually used in carpentry or crown molding (both miter and bevel). They’re ideal for –

There are different shapes of the corner, and these differences make an angle. Some of the shapes make an acute angle, some obtuse angle, and some are at a perfect 90° angle.

Making two accurate cuts on the workpiece and combining them to get a required angle corner might look easy. Keep in mind that it’s not; therefore, you should always work carefully.

The most amazing part is the built-in “stop” points at different angles, which will take all the responsibility of making accurate angles. These stops are usually at 90°, 45°, and 30°, and sometimes at odd angles.

You have to deal with a variety of angles when you find yourself in a room that doesn’t have perfectly squared walls, i.e., it has inaccurate inside angles of 90°. Hence, you could get very puzzling angles like 84°, 135°.

One tool that you can use for precise measurements is an electronic protractor. Its calculation will give flawless results because even the smallest difference can ruin the symmetry and make your work useless. There won’t be anything you could do to fix that!

Here’s the dividing in half method: now that you have an exact calculation, divide that angle by 2. After this, you will get the size of the miter cut that needs to apply. For instance, 84° requires a 42° angled-cut, or a 135° corner angle needs a 67.5° angled miter cut.

Digital or electronic protractors are the most convenient tools to calculate angles of the wall corners and give a guide of the required cut. These protractors are economical and a must-have tool.

To check the protractor’s accuracy, you need to overlap both the scales and press it against a 0° angled surface. Now, turn it on, and if you see 0.0° on the screen, the protractor is accurate. Contrarily, if it’s not, keep in mind that even the slightest inaccuracy can ruin the symmetry.

Measuring inside and outside corners

Repeat the process, but place the protractor outside the corner. Then again, a number will pop up on the screen, providing the outside angle.

As you know, every angle follows a 360° pattern in a planter, either it’s a square with four 90° angles or a pentagon with five 72° angles. If something doesn’t follow this 360° pattern, hold the protractor and measure the corner to get an angle to the miter saw. Whenever you get an acute or obtuse angle, just follow the formula of “dividing in half.”

Finding miter angles for molding and frame working is easy. Just find the angle in the planter; divide that angle by 2, and there you go!

On the other hand, for crown molding, it’s different. This is going to be complicated, so pay attention. You can come forward to different angles that are pretty unusual.

So from this calculation, you can figure out how to achieve that perfect angle.

By reading the article, you will definitely have a better idea about the miter saw angle cuts, and how to calculate them for the best work.

Tell us in the comments below how your experience was with your saw.

2. Can you put miter saw on the floor?

Ans: Yes, you can put the saw on the floor. It’s heavy and can hold itself. There is no need to fix it with the bolts. A miter saw, either on the floor or on the table, will give you the same stability, strength, and accuracy.

3. What is the best tool to cut angles on wood molding?

Ans: No doubt, a miter saw can serve you better to cut angles like those in crown molding. This saw can offer you a wide range of angle cuts (22.5° to 90°) with unmatched precision. There are also “stops” available on different angles that make it easier.

Ans: The locks on different angles will make it effortless. For a 70° angle, use the “dividing in half” method, which will give you 35°. Then, miter the two pieces at 35°, and attach them to make a 70° angle.