Drillly is audience-supported. When you buy through links on this site, we may earn an affiliate commission to help us bear it's maintenance costs. Learn more

Rusts are common phenomena on metal equipment and materials. All it takes is a layer of rust to decrease the lifespan of a metal product. In this matter, a rust converter comes as the most useful thing you can ever use. The best rust converter is a water-based primer consists of Tannic acid and an organic polymer. Both works to change rust and provide a primer coating. For long-term rust-free longevity of your product, priming with best rust converter is a must.

Previously, people chose to sandblast as an effective way of removing rust. Sandblasting is expensive, laborious and time-consuming. The idea of using a rust converter came into being by Jenolite which is still ruling this market for 75 years. Eiffel tower, Big Ben and SS Britannia have been a part of this history. But, today’s converter is more powerful, convenient and strong than it was before. We have always put our faith on certain best rust converter. You can have a look at our list and their brief discussion below if you are interested in trying a converter. Surely, these brands will not disappoint you.

What You Will Get Here

Rust converters in the marketplace are available in the form of fluid. They are quite popular and these types of liquid allow us to utilize them with the spray or a decent brush. Also, they come in the affordable price range. However, the expensive ones come in the form of an aerosol. Use this buyer’s guide to understand the diverse type and usage to determine the best suitable ones for you.

AdCoat One step to Remove Rust Converter is basically a strong waterbased, non-toxic and high-performance metal primer which works excellently on metal surfaces as a sealer on nonferrous metals. It reacts with and converts rust. The rust converts to a layer of magnetite a black iron oxide mineral. This mineral is said to be a rustproof chemically inert coating which prevents oxygen or moisture and thus keeps flat sheen and dries black finish.

This rust treatment does a great job for acrylic enamel epoxy polyurethane and moisture-cured urethane along with waterbased coatings that are not susceptible to tanning staining. The treatment is also superior to other in terms of its high solid formula which can be used as a degree of creating even surface to give a fine finish to your metal surfaces. Also, it is compatible and topcoats most paint.

AdCoat One step to Remove Rust Converter is an eco-friendly high-quality latex alloy primer which converts rust metal into non-rusting magnetite and even metal surfaces. The converter is great for marine industrial farming household automotive construction and issues with industrial rust. It eliminates the need for overpriced and messy sandblasting and prime the surface of metal equipment with a protective coating that even prevents re-rust. Once you get the right consistency and give it some time to settle, you will get the best possible result.

Corroseal 82331 Water Based Rust Converter comes as a great solution for removing marine, automotive and industrial rust problems. It is formulated with such an innovative chemical conversion that converts rust into the stable substance or as others say magnetite. This rust neutralizer paints, prime and convert with just one step you take. Moreover, these are water-based non-flammable and non-corrosive primer; it just needs soap and water to clean up the material.

As said, this converter works as a primer, let us mention specifically how effective this primer is. It is a high-quality latex metal primer which is more environment and budget-friendly than sandblasting. It converts iron oxide to magnetite, a black and inert substance instantly and effortlessly as you can use it with brush, roll, and spray. So, it is also very easy to use. We suggest you apply at 8-10 mils wet to get 200-250 sq ft per gallon coverage.

Corroseal 82331 Water Based Rust Converter is an ideal option for use in the marine industry where it requires the harshest environments for coating. Corroseal has been leading in the market for over 25 years and knows to deal with harsh environments. The rust converter effortlessly primes and coats a magnetite layer. We would also suggest you apply it on over freshly blasted steel or new galvanized surfaces and wash it well to get an even application.

Evapo Rust ER012 Rust Remover is one of the safest rust removers available in the market. The rust treatment is biodegradable which means it disintegrates with bacteria, fungi, and other living organisms to prevent the side effects of pollution. This converter is non-toxic and non-flammable and odorless which makes it superior to other converters in regards to its safe protection.

Another thing that we like about the converter is its no fumes and no acids formulation. All these materials make the rust neutralizer an extremely safe product on the skin. We barely see any user working with a converter with his hands because it ultimately causes harms to the skin. But, this one particular rust remover gives you the freedom to easily work with the help of your hands.

Evapo Rust ER012 Rust Remover is a non-toxic, non-flammable, biodegradable and odorless rust converter. This rust converter is very reliable for sensitive people who are more concerned about the safety and quality of the product because if this converter is safe on skin, it would be wondrously safer on any metal surface. Customers are also amazed by its affordable price. This is a great combination of performance, affordability, safety, and quality.

FDC Rust Converter ULTRA is considered as the best rust converter for helping rusty surfaces get covered by a dark safety polymeric layer and also preventing further corrosion & rust by locking all the moisture. You can certainly go for oil-based paints and make sure to coat it with this primer. The converter is effective during rain, sun weather, and salt shower without causing the surface to peel or crack.

This rust neutralizer arrives as a durable protective barrier with amazing coverage. It requires 500 square feet per gallon on a smooth and non-porous surface other than irregular, porous and textured surface. It dries within 20 minutes and needs 48 hours of cure time which is quite less comparatively. Besides, this converter is easy to be used as a brush or spray and can be cleaned instantly with soap and water.

FDC Rust Converter ULTRA is both convenient and powerful rust converter. It provides long-term protection to your favorite metal surfaces that too in a minimum time period. Shake and stir the bottle properly, no matter you are using it as brush, roller and pump sprayer. Also, do not forget to use it above 50 degrees F and below 100 degrees F and keep it in a cool and dry place.

VHT SP229 Rust Convertor is applicable for automotive exterior and interior dress-up. This rust converter can be sprayed directly on rusted areas and eliminates corrosion within a few moments. The dry time is usually estimated to be 24 hours before you apply the top coat.

Moreover, it can also prevent future rust from settling on the surface again. This rust converter sprays on clear and can convert to black metal for giving the metal further future protection. It creates or sands to a smooth and even finish and is good for high heat application.

VHT SP229 Rust Convertor is designed to be applied over metal, body filler and fiberglass. It not only provides protection from rust but also resists further forming of rust. It sands to make a smooth, polished and even surface. It is cost-effective too. Always give 24 hours of time to let the primer dry completely before applying top coat. If you need more guidelines, you can check the curing information printed on each can.

What to Know before Buying the Product?

The following list of factors will help you buy the most suitable rust treatment or converter for you:

A rust converter with poor performance is nothing but a waste of time and money. So, you should always verify the performance and sturdiness of the rust converter before you buy them. It is not a good idea to buy a converter that lets rust forming a few days after application.

The next thing you should check is the consistency of the rust converter. It measures the efficiency of the product. The converter that has thick consistency would need less primer and gives the maximum coverage than others.

You should also have a view or look at the ingredients of the converter before applying it on your skin or a damp cloth. The converter is mostly made of harmful ingredients that are sure o damage your skin.

It is also necessary to pick rust converters which are easy to use and maintain. We recommend considering those converters which can come in handy as spray, brush, roller or any other way of using.

Price is a prime concern for many users. Do not forget to check the price before you buy the converter.

How to Use and Maintain the Product?

It fixes rust and corrosion excellently. But, before you put it ensure to clean the affected surface by sanding, brushes or simply with soap and water. You can use apply converter now with brush, spray or another medium. The brush is used for smaller applications and roller for larger ones. It works as a primer first before you put a top coating. Make sure to apply a thick coverage for a lasting finish.

It is highly recommended to use oil based epoxy paints to paint over it. The equipment can also be washed with soap and water for regular maintenance when cleaning a rust converter. Besides, keep it away from temperature ranging from below 50, and more than 100 degrees F. Sunlight,

This was all we had to describe the best rust converter we have on our list. Although your decision must be finalized by now, there is no harm in taking our last suggestions which are given as follows.

Brent Butterworth A Professional Woodworker & Custom Furniture Builder
Brent lives in Wisconsin and is a woodworker, custom cabinetmaker, interior consultant, and a freelance writer who got the opportunity to write several magazine articles for different publications on home … Read More 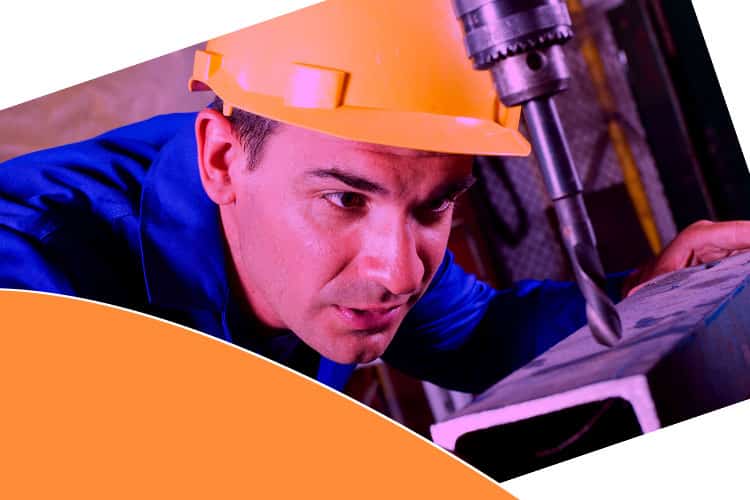 How to Use a Drill Press to Meet Any Wood and Metalworking Need? 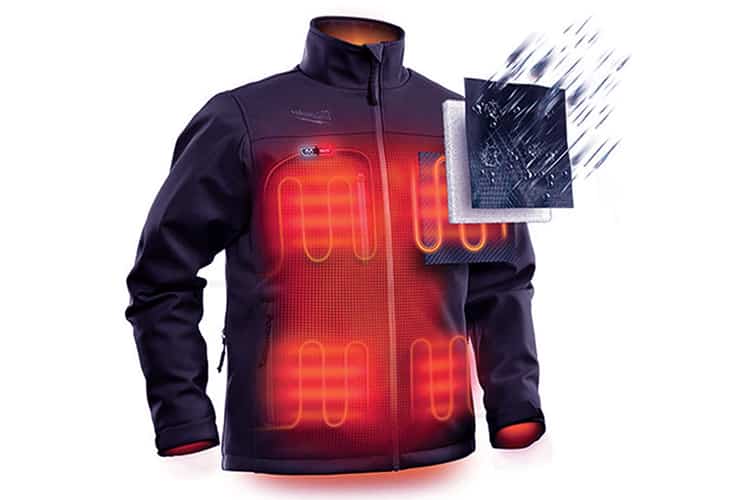 How to Wash Heated Jacket : Step by Step Guide Drill Press Buying Guide for All DIY Workers and Professionals 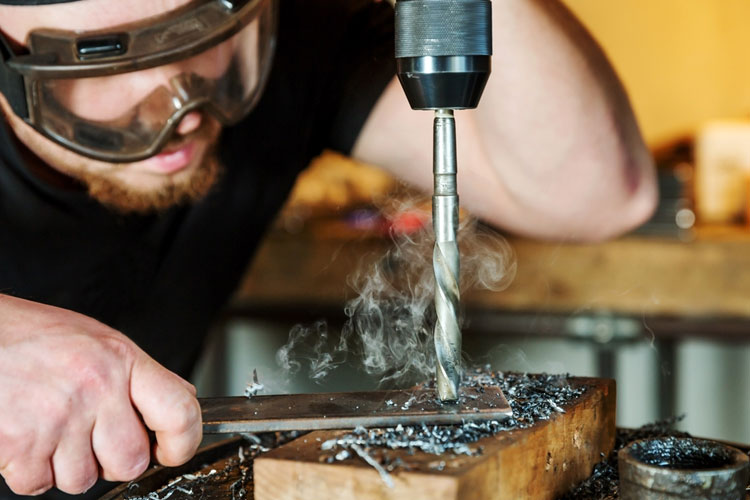 How Does a Drill Press Work? (Explained by Experts)

Framing Nailer – How to Use Your Nail Gun Like a Pro? A group of pro and aspiring woodworkers and blacksmiths with a passion to combine any original contemporary design with high-quality craftsmanship. Whether you take your projects as a pastime activity or you make a living from this, we're here to share our wealth of knowledge and experience to help you take your skill to the next level!Read More...

See at a Glance

Speak Your Mind - We're Eager to Hear from You! Cancel Reply