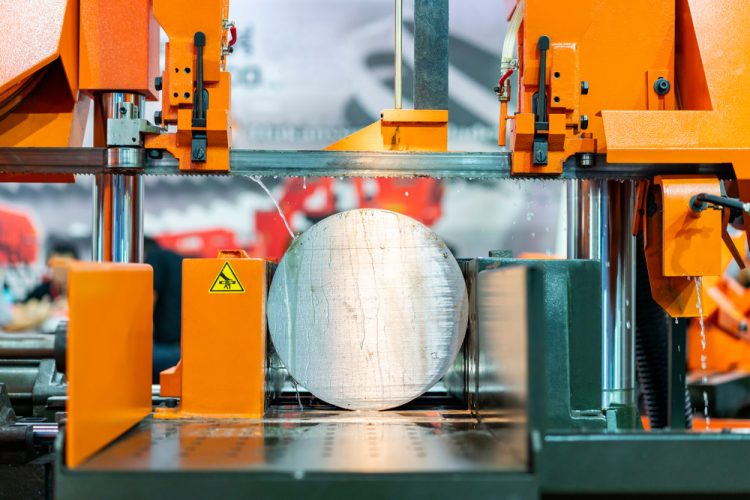 When getting your workpiece stationary for a precise sawing operation, a horizontal band saw comes into play. Having access to a highly engineered model, you can cut just about any stock down to your preferred size. This is the least a band saw of this kind can do for you. So, what’s more left of it? Let’s know in this article.

A band saw is a type of saw that is powered by hydraulics and comprises of a long continuous ‘toothed’ band (the saw) used to cut the various types of materials. The band is held in place between a couple of wheels, two commonly, to allow the band to rotate and cut continuously.

There are a number of good band saws available, but what’s sets apart the horizontal band saw is that it is designed to hold down the material in question as the saw cuts downwards through it. This allows the saw blade to make clean and precise cuts as desired.

Aside from that one advantage, it presents a number of advantages as we’ll see later on. It has a lot of applications, making it an ideal tool to have given the versatility of the work being done in such shops. A number of great resources are available to shed more light on band saws and their many practical uses.

As earlier stated, there are different types of saws available. This particular type is referred to as such because of the blade placement, movement, and overall general design.

Its mechanism is pretty simple. It comprises of the aforementioned wheels on which the blade endlessly rotates on as it cuts through the material. It is also fitted with a holding or clamping mechanism to ensure the object in question is properly secured when it’s being worked on.

First, you make your markings on where you want the cut to occur. Then you make some settings adjustments on the machine for things like speed, the tensile strength of the blade and safety stop measures in case of emergencies. 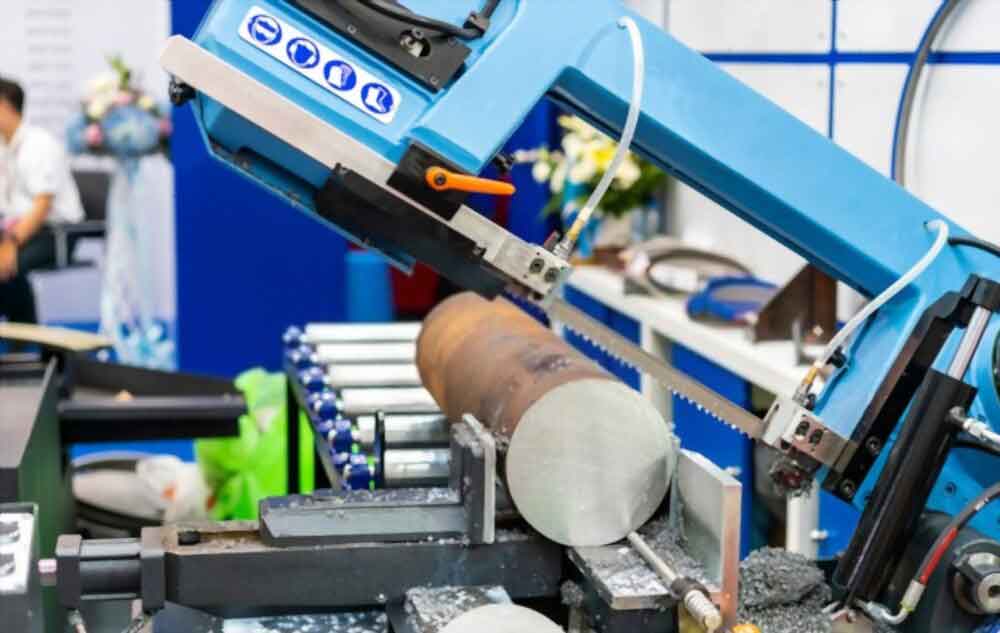 Versatility is a key aspect of this tool and as such there are many band saw uses to work with for whatever project you have at hand. We’ll highlight a few of them below:

This is one of the main features that makes the horizontal band saw a great tool for your workshop(s). Given some of its attributes, like the quality of the blade employed, its actual bed size and so on, it is able to handle large sized pieces of material and cut them down to size. It does this in an accurate and quick manner, thus enhancing efficiency and productivity.

Building on one point mentioned above, the quality of the blade applied in its use makes it possible to handle cutting through metal. Horizontal band saws allow you to change the blade depending on the material you want to cut, and here you can insert a stronger blade that is more suitable for cutting metals.

Given that this is a powered tool and doesn’t really rely on ‘manual power’ to drive it, it has the ability to work for long, continuous lengths of time. This means it can get a lot of work done as compared to working through your material manually.

As per another feature mentioned earlier, the quality of the blade can be changed so as to allow you to cut through various types of materials. Also, the machine allows you to adjust the tensile strength of the blade in use so that all this can proceed as needed.

In building anything, measurements are always taken, meaning accurate cuts for the materials to be used is an absolute necessity. Horizontal band saws allow for this by having a strong clamping mechanism that holds the material in place as it is being worked on. The design of these saw blades makes it possible for workers with some skills to make angle cuts.

Limitations to Accept While Working with a Band Saw

Band saws have a whole load of merits but even with all those in place, some disadvantages do show up in this piece of machinery.

Given how much you need to use it; the horizontal band saw can drive up your energy utility bills quite high since they consume a good amount of power.

If you don’t necessarily work with just one type of material, then you’ll need to stockpile a number of different blade types and qualities.

The horizontal band saw can only cut through materials or objects that can be held in its clamping mechanism.

The blade needs continued maintenance so that it doesn’t wear out or get damaged by the heat produced as it works.

As with any powered blade, a horizontal band saw involves some safety matters. Some of the hazards to keep in mind include:

A few ways to ensure safety is maintained while using this machine include:

We have highlighted a few of the many horizontal band saw uses. To get more insight on how you can better utilize this machine, you can check with your supplier manuals as well as consults with the actual suppliers. Remember, safety is the key to a better user experience.