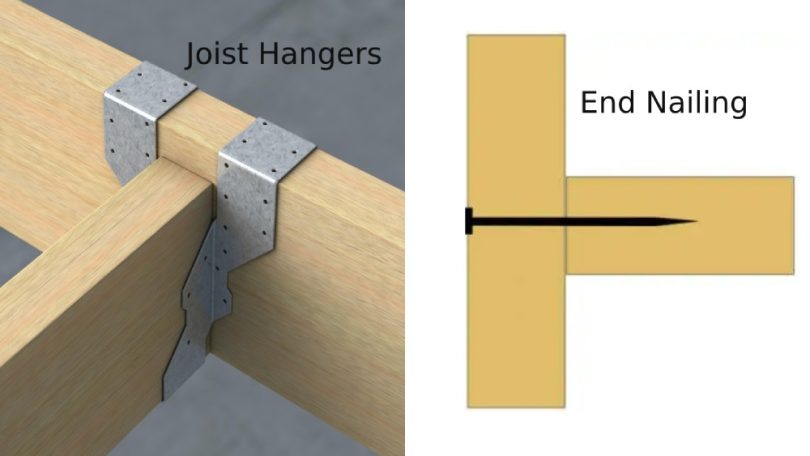 When you undertake any roofing or decking projects, you should maximize the strength of the connections between components. Choosing which joist connection to use and when is critical to the success of your project.

Joist hangers and end nailing should be considered together rather than separately and we’re here to compare the two!

What Is a Joist Hanger? 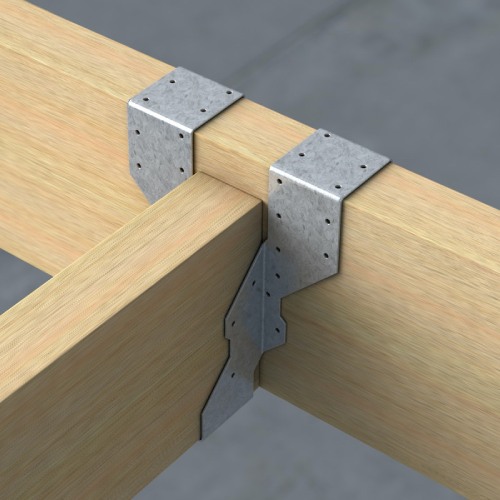 A joist hanger is a metal connection plate that wraps round three sides of the timber with a slot for the connecting joist. The plate has plenty of pre-punched holes for screws to anchor in the joist and provide a robust connection that will resist most forces.

Joist hangers are perfect for long-term projects like decking and roofing. Galvanized joist hangers can withstand the adverse effects of the elements and so can readily be used for outdoor/exposed work.

What Is End Nailing?

End nailing is a simple technique to connect a joist to a floor or stud by hammering a nail through the floor/stud into the bottom of the joist. 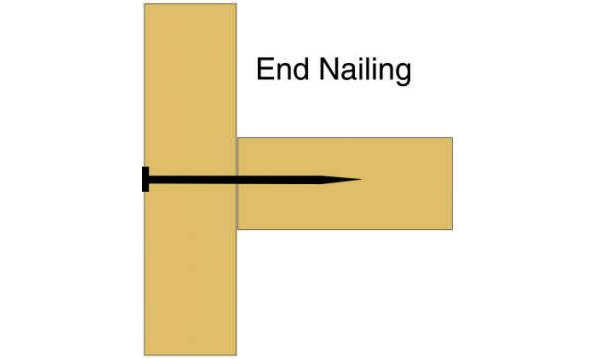 End nailing is a much weaker connection than a joist hanger and is in fact the weakest nailing technique. While it can be done quickly and easily, the weakness of the connection makes it only a temporary solution. You should only use end nailing to keep the two components connected so that you can reinforce it later.

Joist Hangers vs End Nailing – How Do They Differ?

End nailing is simply the process of hammering a nail through the rim-joist and into the face-grain of the joist. It’s quick and easy, but it provides a weak connection.

Joist hangers are metal pieces featuring a slot for the joist to fit into. In this case, the rest of the metal frame wraps around three sides of the rim-joist.

When you install a joist hanger, you must line up the frame, wrap it around the ledger board or rim joist, then fit the joist into place and drive screws through a large number of holes to secure the connection.

End nailing is far easier. You just hammer a nail through the two pieces, positioned perpendicular to each other.

End nailing shouldn’t be considered for any long-term connections when you build a decking. Hammering a nail through the face grain of the joist is easy but provides a very weak connection.

Joist hangers should really be used if you build a decking. Decking needs to take the load of up to several people possibly along with furniture too. For that, you’ll need the strong connection that a hanger joist provides.

Ledger boards are essentially the foundation of the decking. It’s the single piece that attaches the entire deck to the house itself. 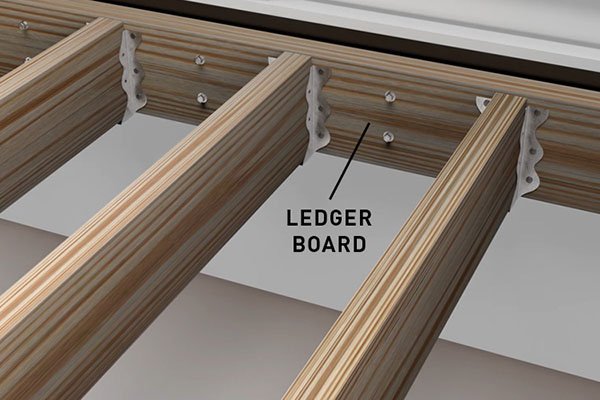 End nailing can’t be used for ledger board connections. You should use either a hanger joist or toe nailing. Hanger joists still provide the most secure connection.

End nailing isn’t generally allowed to be used in most long-term connections. Using a single nail that you drive through the face grain of the joist isn’t secure and won’t last long.

Joist hangers are much more preferable. They are the go-to for primary DIY and housing work. They provide a solid connection that can last years.

End nailing relies on the force between the two pieces just prior to being installed. If the pieces aren’t even touching when the nail is driven through, the connection is the weakest. If they are pressed hard together throughout installation, the connection will be as strong as you can get with an end nail.

Joist hangers simply won’t work if the joist isn’t placed within the slot. Plus, the two pieces aren’t nailed together per se. The joist sits inside the slot and is screwed into place. The entire hanger frame is itself screwed into the rim-joist or ledger board. Pressing the two pieces together is only important in lining up the connection.

Hammering a nail through the face grain is easy because it is along the direction of the grain. This means the connection will be weak. When you nail against the grain, the connection is stronger.

Hanger joists attach in such a way that the pilot hole is perpendicular to the grain, so every screw that you drive in will be against the grain. This makes for a far more stable and strong connection.

Joist hangers are galvanized or aluminum frames, making them resistant to corrosion by the elements (and other corrosive substances).

End nails are just nails. They will rust over time. Additionally, and perhaps most importantly, moisture tends to warp the wood and eventually loosen the nail.

Joist hangers are the preferred option for primary wood-building. They provide a solid connection across three different faces of the rim joist/ledger board. You will have no problem passing inspections when you use a joist hanger.

End nails on the other hand, are generally illegal for primary building. The connection is weak and should only be used temporarily. They won’t pass any inspections.

As we have described, end nails are weak and vulnerable to moisture and rust. If you decide to use them in primary construction, they won’t be able to handle heavy loads. Decking and roofing structures can easily fail, resulting in collapse.

Joist hangers perhaps have the strongest connection. They can handle the heavy loads you can expect from using a decking or roof. Installed properly, they should last for years without a problem.

End nailing is of course just hammering a nail through the wood. It is a much cheaper technique and will cost you as much as a box of nails and a hammer.

Joist hangers are more expensive. These are galvanized metal frames that use tens of nails per hanger.

Joist Hangers vs End Nailing – When to Use Them?

End nailing should only be used to connect two pieces prior to them being reinforced by other means. It’s a technique for convenience during construction and not long-term use. They won’t pass building inspections and you shouldn’t expect them to handle heavy loads.

Joist hangers are the preferred option for connecting joists to rim-joists and ledger boards. They provide a multi-dimensional connection across the rim-joist/ledger board and will stand the test of time given their design and material.

You should use them in most primary construction work where joists need to be connected. Decking and roofing are both classic examples of where joist hangers should be used.

1. Can I use a nail gun to attach a joist hanger?

Ans. Usually, you can’t since you can’t precisely align the nail to the hanger pilot holes. However, it’s possible if you are using a nail gun model with exposed nail tips.

2. Can I use screws on joist hangers?

Ans. Yes, if they were designed to be used for joist hangers. Using just any screw that wasn’t designed for the job won’t provide the strongest connection. Also, you should consider adding additional fasteners to complement the hanger.

3. Are joist hangers that important for outdoor work?

Ans. If you’re building something that should be designed to withstand heavy loads such as decking or roofing, use a joist hanger. They provide the best connection and are perfectly suited for the job.