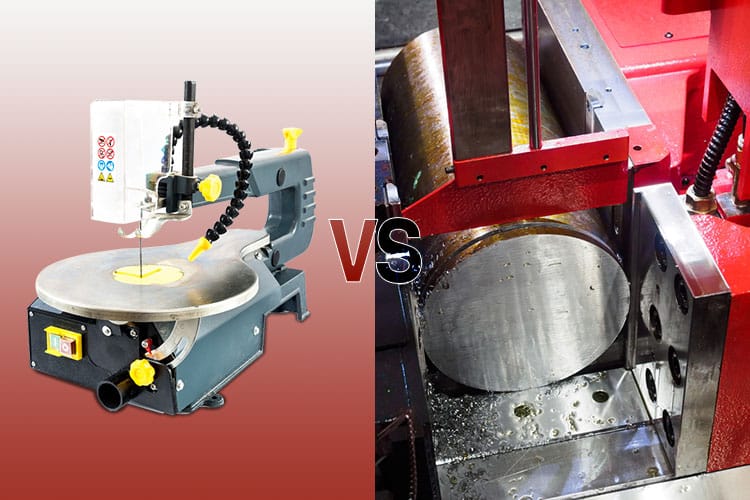 When you thinking about making the best intricate designs, you think of the scroll saw. When you think about making excellent and accurate cuts, you think of the band saw. The band saw and the scroll saw are two woodworking tools that can be used for different woodworking tasks. With both tools being considered with some confusion over time, this discussion of ‘scroll saw vs band saw’ becomes worthy. Let’s take a thorough look into these two mechanically powered saws.

Except for the difference in design, quite a number of people including woodworkers themselves find it very difficult to differentiate between the band saw and the scroll saw include terms of uses. This difficulty is because more discoveries by experts have begun to bring out the versatility of both saws. In this discussion, we shall be looking at the difference between the scroll saw and band saw and when it is best to use one above the other.

A scroll saw is a woodworking machine that allows users to make intricate designs on wood pieces and curved lines on patterns. As a versatile tool, it can also be used to make a number of cuts and is best only for softwood material.

The band saw is an adjustable cutting tool that can be used in cutting a number of materials and for carrying out other woodworking projects. It is best for all wood material types both soft and thick; large and small. Working at an impressive speed, the band saw can be used in making straight line cuts, angle cuts, and curve cuts.

In using the band saw, you have much control over the saw as you are able to make use of your hands to move the wood while sawing with the band saw. This contributes largely to its being an accurate tool to achieve precise results on a woodwork project.

In other to fully grasp this scroll saw vs band saw discussion, you have to understand the difference between a band saw and scroll saw in terms of uses and benefits. This will help you know when to use the bandsaw or scroll saw.

When to Use a Scroll Saw?

There are a number of times and projects when a scroll saw is the best tool to use for. When you use the scroll saw the most among others include:

When to Use a Band Saw?

Band saw offers a wide variety of applications just like a scroll saw.

3. Limitations of the Machines

Some Limitations of the Scroll Saw

The scroll saw no doubt is a very versatile tool that can be used to make intricate designs on the wood of various types and sizes depending on what the task requires. However, this versatility, the scroll saw is still limited in a way like –

However, following the right techniques, you can always maximize your opportunities with a scroll saw.

Limitations of the Band Saw

The band saw just like the scroll saw is limited in a number of ways. However, from the many reviews gotten from a band saw users, its major limitation has been its expensive price to quality ratio. An average band saw is not just more expensive than the scroll saw, but many of it ranges in price as much as thousands of dollars making it less purchased on the market.

4. Other Factors to Consider

There are safety rules applicable to the uses of both saws to ensure protection from occupational hazards. While professionals don’t mind going for the more complex saws, it is best for beginners to exercise care when choosing. While the band saw requires less skill to operate than the scroll saw because of how complex the scroll saw is, the scroll saw is safer to use than the band saw. The band saw has a really sharp blade and it is always very difficult to put your hands away from the blade while in use.

You would not want to have a woodworking tool that breaks down every now and then. This makes maintaining the saw very necessary and should be done from time to time. The maintenance requirement of the scroll saw is higher than the band saw as you can clean the band saw in a few minutes. To clean the scroll saw, you will have to disassemble the parts and pick one after the other exercising so much care and attention.

So, Scroll Saw or Band Saw Which One Should I Buy? 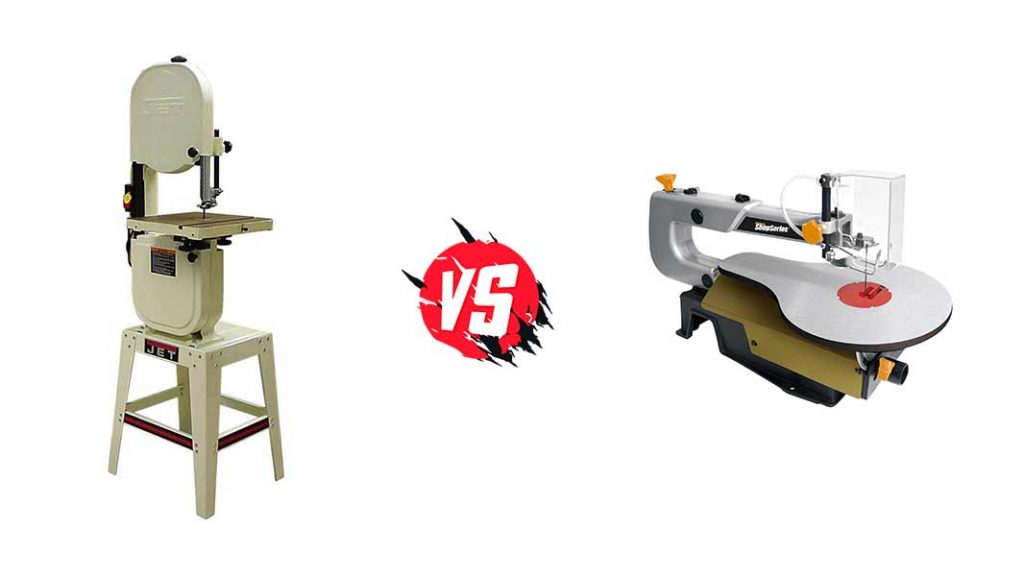 Bandsaw or scroll saw, which should I go for? This has always been a tasking question, answer to which lies in the choice of the user and the project type. This has been a very difficult task for woodworkers to decide considering the many other factors to note. While it is best for a beginner woodworker to go for the band saw because of how simple it is to use, it’s high cost still remains a major challenge to bore.

On the contrary, professionals can go for the scroll saw considering the expertise required to operate it. The inability of the scroll saw to work well with hardwood pieces has still remained a major challenge for professionals. So it is best to say that provides you have the budget too, getting both the scroll saw and band saw won’t be a bad idea for you as a woodworker.

Scroll saw vs band saw is a comparison that will last a lifetime in the field of woodworking. With both machines being very important to different work projects to be carried out by the woodworker, choosing one over the other is difficult. Picking a good band saw or a scroll saw depends on three major things. The first is the woodworking project that is at hand; the second is the user’s taste in saws and the last is the budget you have at hand to get one. When all of these factors have been considered alongside understanding the difference between a scroll saw and a band saw, choosing becomes easy.