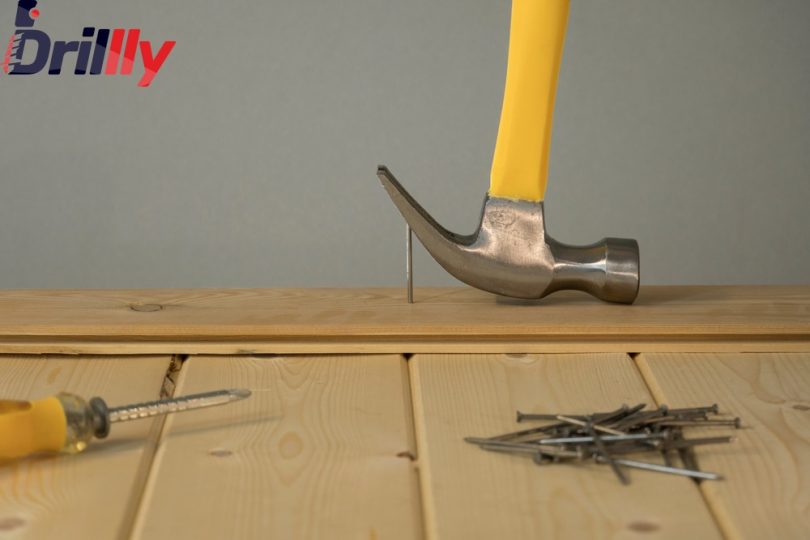 Maybe you’re a novice handyman, or want to work in your DIY projects, and you need to remove some small nails from a piece of wood. Smaller nails are particularly harder to remove and can cause problems if you’re not careful.

There are a couple of ways to do it safely and almost effortlessly. Today we’ll discuss about some of the most permanently used techniques to safely remove small nails from the wood. Without any further ado, let’s get started.

How Do You Remove Small Nails From Wood: Try These Ways 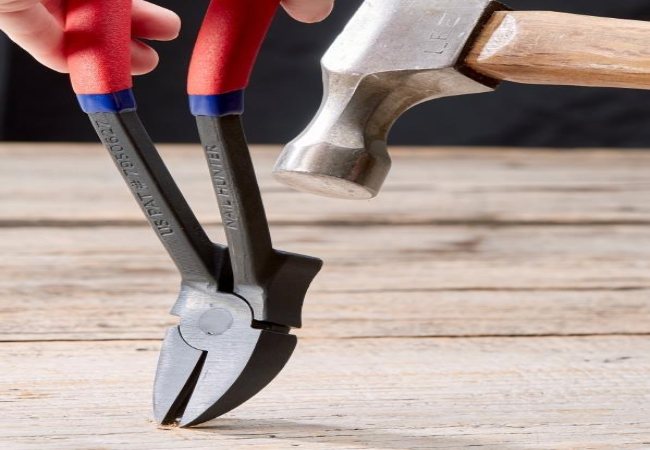 1. Drive the tool into the wood

If you don’t want to damage the wood so much, use a hammer and pat on the tool gently until you get the nail head into the claw.

2. Extract out the nails

Once you have a good hold of the nail, squeeze the handle and grip the shank tightly with the tool. Push the tool down onto the wood to pull out the nails.

Note: Sometimes the tool can be too heavy and sharp that it may cut the nail in half before pulling it out. So be mindful of how much muscle you’re putting on the nail. 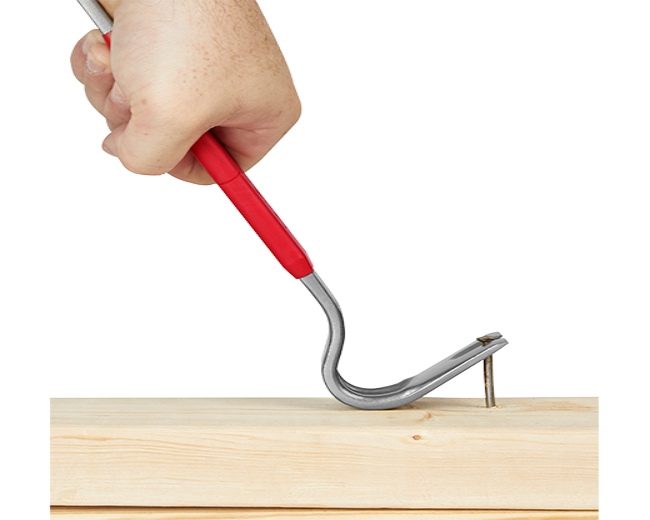 A flat pry bar is a simple but great tool when it comes to removing nails. They can come in several different sizes and are used for various styles of prying. You can use either end of most of these tools. The flat pry bars leave almost no damage to the woods as you remove nails with them.

1. Get the nailhead out

2. Pull the nails out

Grip the nailhead with the claw of the tool and push the handle downward to remove the nails. 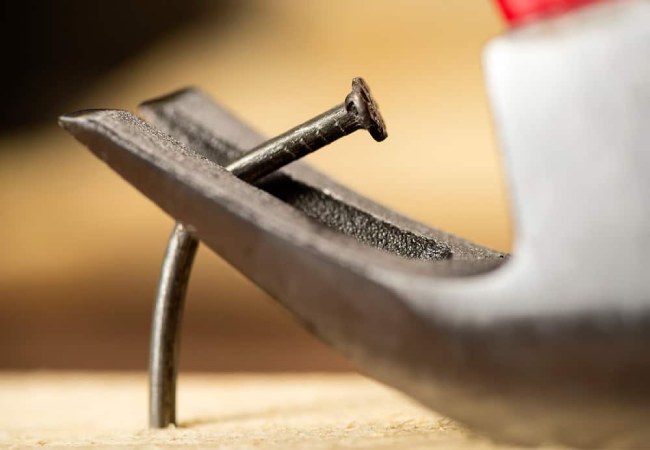 A claw hammer is like a universal tool that will be found at every house for driving in or pulling out nails. This is the most commonly available option you may want to try right away.

1. Take the nail into the claw

If the nail is already slightly out, place the claw end of the hammer around the nailhead and catch a firm hold. If not, use a flathead screwdriver and your hammer to make way for the claw to snatch the nailhead.

Start prying back and forth gently to lift the nail up out of the wood. Pull the nail sideways once it is out half the way until it’s out all the way.  Repeat the process to remove all the small nails from the wood.

Don’t forget to collect the nails you pulled out in a box to prevent any injury they might cause. 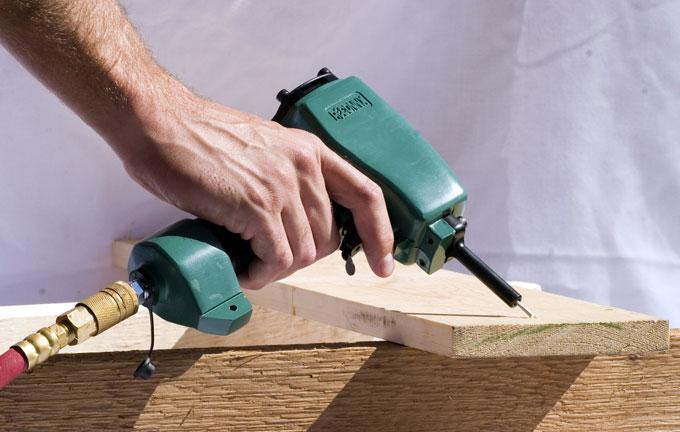 This pneumatic nail removal tool might just be your best bet if you work with pallet wood, boards, or reclaimed lumber most of the time. They’re considered the most effective tools to remove nails faster.

This is a method where you need to think of your safety because the nails can come off so quickly in a split second and hit anything around. Wear your goggles, gloves, and helmet to prevent any major accidents.

2. Place the wood onto the bucket

Set the piece of wood on a hollow bucket so that the nails don’t fly all over the place and cause damage when you squeeze the trigger of the tool. Place the board upside down – the pointy end of the nail needs to be facing up so the flat and round nailhead is facing down.

Grab your nail removal gun, connect it to the air compression line, and make the gun eat the nail. Make sure the nail shaft is in your gun through the barrel. If the nail seems not so straight, you can move the gun from side to side while the nail is inside to straighten it.

4. Make the gun spit the nail out

Hold the nail kicker tight, and pull the trigger to remove the nail from the board. Make sure you don’t shoot in the open, outside the basket for safety reasons. Ou may use a plier if the nail is not yet completely out.

Note: You can only use the nail kicker tool when the shanks and tips of the nails are visible. You may not be able to make use of this tool where the scenario is different such as a 1-inch nail buried into a 5-inch thick wood block. 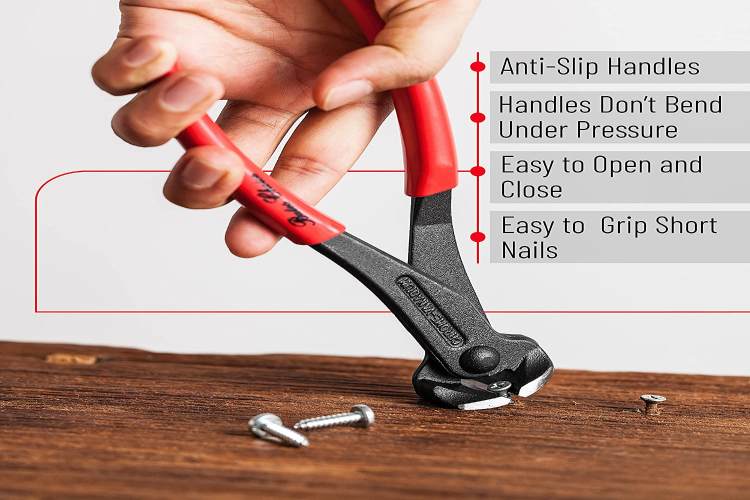 Using a pair of nail jack pliers is one of the easiest and simplest ways to remove small nails from wood. They’re so strong that you can even cut the nails if you need them. They’re designed to extract the toughest of nails and require less muscle from the user.

If the nailhead is flushed with the surface of the wood, you may want to make an effort and make the nailhead accessible for the nail jack pliers. Use a knife to carefully scratch around the nailhead and pull out a tiny bit of wood. Stop when the nail is out and unrestricted.

2. Pull out the nail

Place your jack right around the nail and squeeze the levers to grip it. Carefully pull the nail out of the wood. The pliers may cut through the nail if too much muscle is applied.

Both the bear’s claw and cat’s paw are similar tools and share similar purposes. They only slightly differ in their sizes and shapes. In this case, you can use any of the two to remove nails from the wood. A bear’s claw will work well when the nails are longer than 3.5 inches. These are the go-to tools if you need to remove the nails for a rough and fast pace project such as demolition or something just like this. They’ll leave the surface of the material damaged unless the nail is already out a little.

1. Place the paw around the nail

Hammer your cat’s paw through where the nail is and get the nailhead to fit into it.

Start prying once you have a good hold of the nail and lift it out of the wood. Go ahead and use a scrap piece of wood for a better range of motion.

1. Which tool can remove small nails from wood?

2. How do you get nails off wood without a hammer?

Ans: Grab an adjustable pair of pliers and get it right onto the nail and grip it firmly. Then squeeze the levers real tight and try to pivot them on the crown of the adjustable pliers. It should pull the nail out.

3. How do you remove nails without breaking wood?

Ans: Don’t wrap the hammer claw around the nailhead and try to pull. Instead, grab a paint stick or a scrap piece of wood and lay it next to the nail. Then grab the nail with the claw and carefully rock it out while putting the pressure on the paint stick. This way, you don’t break or mar the wood or drywall around the nail.

4. How do you remove nails in tight spaces?

Ans: First, ram the hammer claw around the nail. Use the claw edge like a pivot point and try to rock it sideways. Repeat this technique until you’ve pried out the nail. This method gives you the highest pulling power and less strain on the handle.