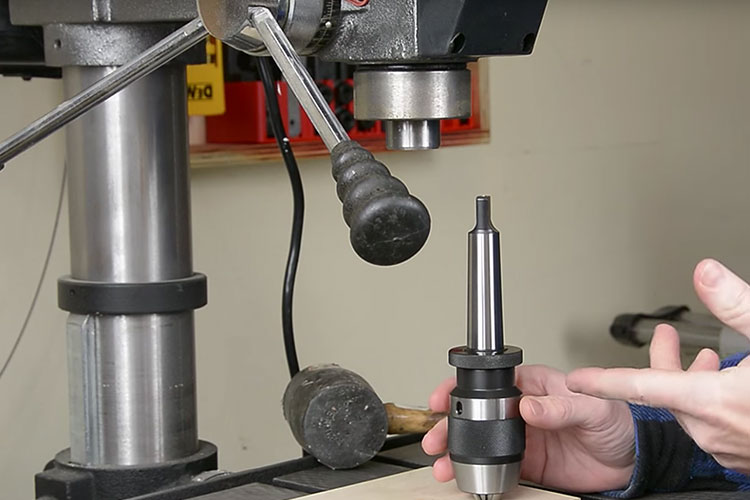 A drill press is a must-have for every serious woodworker who looks forward to enjoying increased productivity with the machine at work. Not only are drill presses a good working tool, but they are also basically what gives a woodworker an edge over other craftsmen. As a woodworking tool, the drill press can be used for a number of works like cleaning holes more effectively without stress, boring long spindle holes, and other sanding activities.

The chuck of a drill press is a component that allows it to carry out any task. So for the drill press to work effectively, the chuck has to be in the best state. In this discussion, among other things, we shall be looking at how to remove chuck from drill press easily.

Why Does a Drill Press Chuck Need to Be Replaced?

A drill press chuck is a part of any standard and properly built drill press that makes it easy for the drill press to drill more efficient holes than other drilling devices. Due to the nature of the drill press, especially when used for a long period of time, it is most likely to get damaged or worn out.

A drill press chuck needs to be replaced on a timely basis for a number of reasons. These reasons among many others include.

How to Remove Chuck from Drill Press? 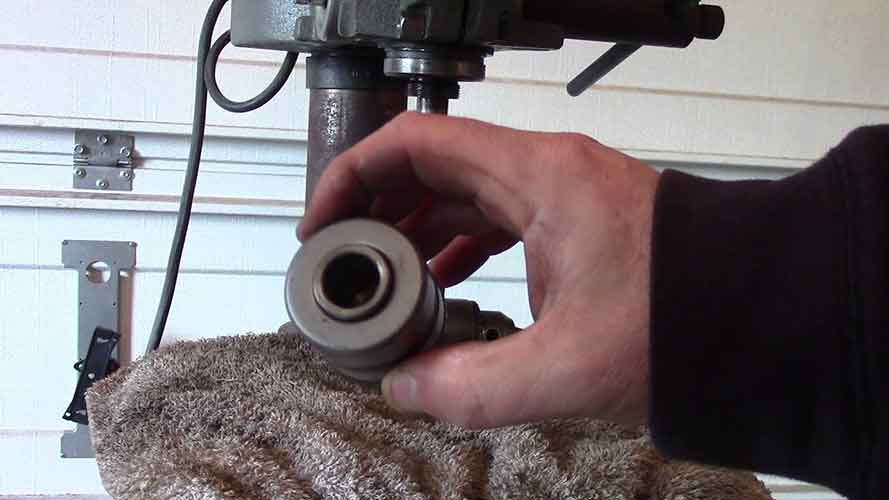 Removing a chuck from a drill press is something that can be done by anyone. You do not require the services of any professional whatsoever to know how to remove drill press chuck. To do it by yourself and do it effectively, just follow these basic steps.

2. Pull down the Handle of the Chuck

With the drill press chuck type known, you can now go on to begin pulling down the quill and chuck. When doing this, make sure you pull it down to as low as the chuck can go. After that, turn the knob of the quill to keep the mechanism in a more lowered position.

4. In the Absence of Removal Key, Raise the Quill

If you have a drill press chuck that doesn’t have a removal key or corresponding vertical slot, you can raise the quill, and at the same time, you may do some quill fixes if required. When raising the quill, make sure it is raised to a height of about 1/2 inch below the drilling house and secured with a lock. When secured, go on to place an open-end wrench into the quill spindle right above the chuck collar. Gradually push up the wrench till the chuck falls out of the quill spindle.

5. Make Sure to Wipe the Chuck with a Dry Cloth

After the chuck must have been removed successfully, use a microfiber cloth to clear the shafts. End by making use of a blower to blow the bottom of the quill spindle free from any dust, grime or debris.

6. How to Replace the Chuck?

When secured, turn the drill table to take it away in other to prevent it from interfering with the replacement process.

Is a Removal and Replacement the Only Way to Go?

For a drill press chuck that is not totally damaged, maybe just not working well due to excess specks of dust and debris in it, cleaning it would be sufficient enough to get it working again. A regular check on the drill press chuck is the only way to detect this.

How to Clean the Chuck?

As much as it is important to know how to remove the chuck from the drill press and replacing it, it is also necessary to know how to clean it. The process runs through a three-way channel which includes first, the removal process, the cleaning process and then the replacement process. To effectively clean the chuck, follow these steps.

Since the majority of what is to be taken out of the chuck are dust, dirt and grimes, you need to have protective glasses on. This is very much important when you are making use of the air nozzle. With protective glasses on, you will be able to shield your eyes from particles going into them.

2. Avoid Lubricant Spray from Coming in Contact with Your Body

When making use of lubricant spray, make sure to have your hands covered with gloves and your body protected. A number of these sprays contain chemicals that can harm your body.

At several points through the removal and replacement process, is the need to keep the quill knobs tightened. Make sure to stick to this so you don’t make a mess of the removal process causing you to start again or lose touch of the entire process.

Knowing how to remove the chuck from drill press is good, but knowing how to remove, clean and replace is best. This way, you will not need to sort the help of any professional to effect either cleaning or replacement. With a good knowledge of all the three processes, you will be able to save some cost while keeping your drill press chuck in the best working condition.